There is great news for those who want to work in the Indian Railways. Recruitment for 4 lakh new jobs will soon be started in the railway. The process for these jobs will be completed within 2 months, says Railway Minister Piyush Goyal. He says that there are currently 1.32 lakh people in the railways. He gave this information through press conferences. 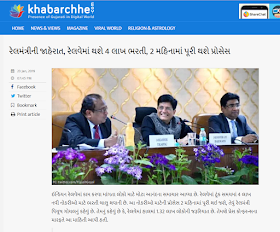 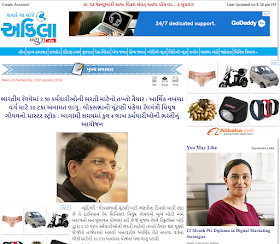 Railway Minister Piyush Goyal on Wednesday, January 23 announced 2.50 lakh fresh vacancies in Indian railways soon. In a press meet, Railway Minister announced that the new job opportunities for 2.25-2.50 Lakh people has been created, process for 1.50 Lakh vacancies is underway and will complete in next 2-2.5 months. So Railways, in a way, will be providing 4 Lakh jobs.Goyal further added that in next two years approx. 1 lakh railway employees would retire and the process of recruitment is on the way. While talking to Indian Express an official from Railway Recruitment Board confirmed that the 10 percent EWS quota will be applicable for the new recruitment process in Indian Railways. The first phase of recruitment will be advertised in February and the second phase will come up in May 2019.