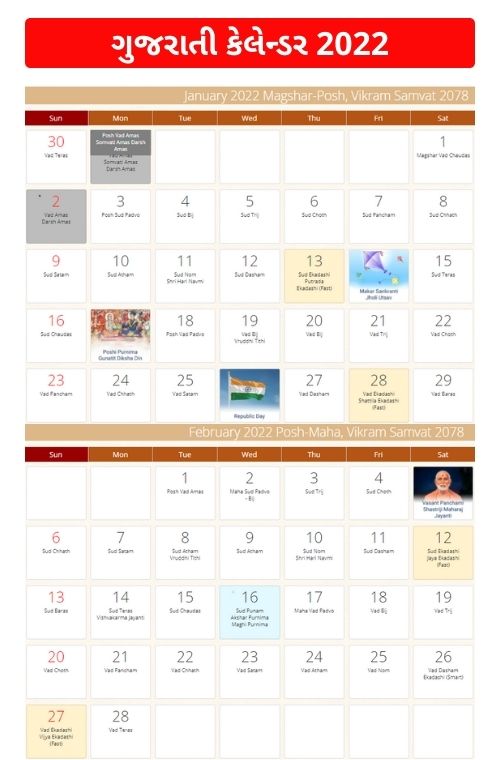 Pronounced of Days in Gujarati Calendar 2022

There are sub seasons too in each season

Chaitra and Vaishakh are considered as Vasant or Spring

Jeth and Ashadh are the months of Grishma or Summer

Shravana and Bhadarvo = Varsha or Monsoon 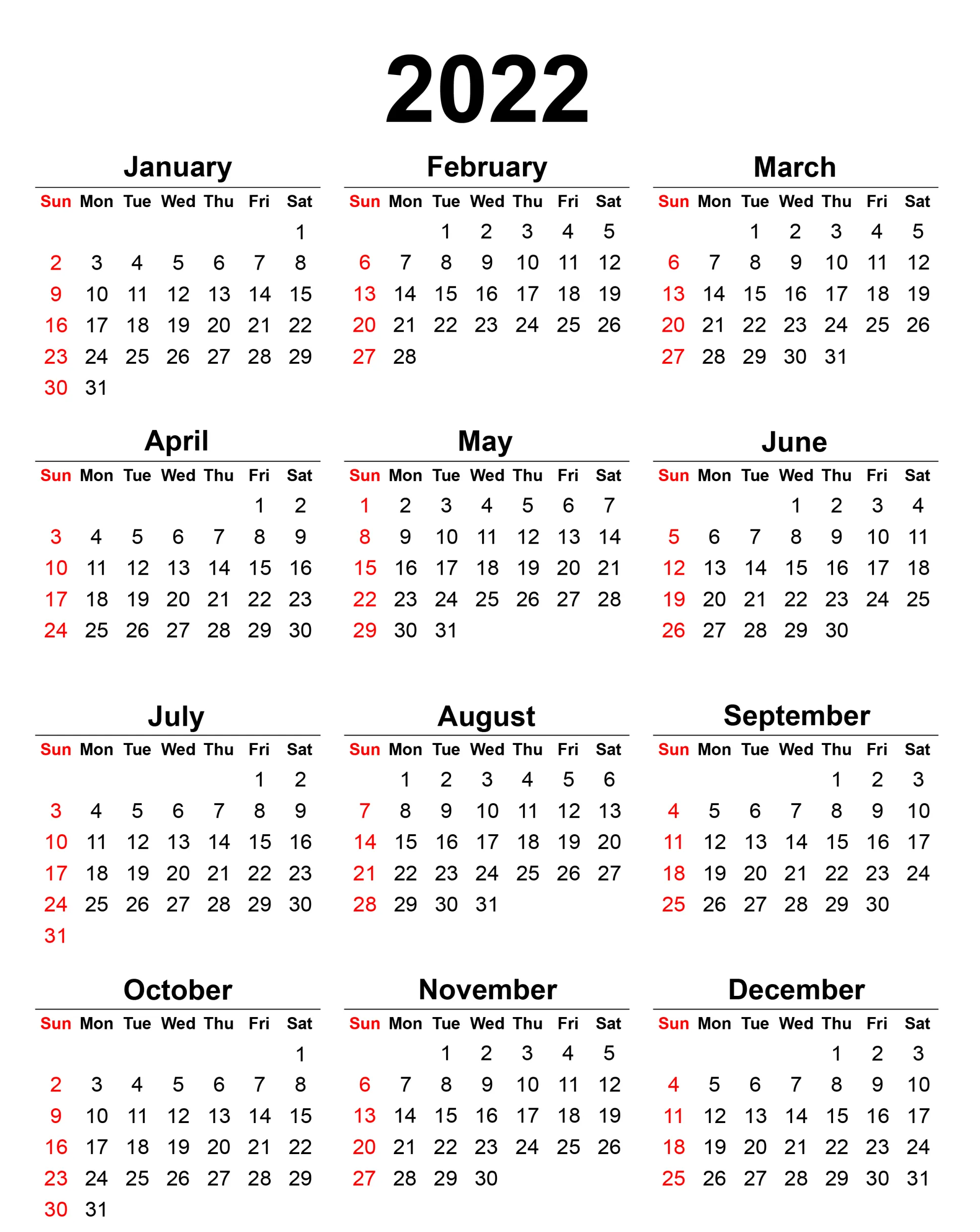 The day the sun begins to move of daylight hours. It is a time to be charitable by giving grains, clothes and money.

Celebrates the day Mul Aksharbrahma Gunatitanand Swami was initiated into the sadhu-fold by Bhagwan Swaminarayan.

The day the independent nation of India adopted its constitution.

Signifies the onset of spring. For the Swaminarayan Sampraday it holds a special significance, since, on this day Bhagwan Swaminarayan presented the ‘Shikshapatri’ in its final form. It is also the birthday of Brahmanand Swami, Nishkulanand Swami and Brahmaswarup Shastriji Maharaj (founder of the BAPS).

This is a festival in honor of Lord Shiv whose marriage to Parvati took place on this day. People observe a fast on this day and stay awake throughout the night, praying to Lord Shiv

In the Swaminarayan Sampraday, devotees celebrate the birthday of Bhagatji Maharaj, the second spiritual successor of Bhagwan Swaminarayan.

Celebrates the protection of Prahlad from his father, the demon-king Hiranyakashipu. Prahlad was seated in a fire with his aunt, Holika. She perished in the fire, but Prahlad survived.
In the Swaminarayan Sampraday, devotees celebrate the birthday of Bhagatji Maharaj, the second spiritual successor of Bhagwan Swaminarayan.

The birthday of Bhagwan Ram.

The birthday of Bhagwan Swaminarayan.

The birthday of Hanumanji, devotee of Bhagwan Ram.

The birthday of Lord Nrusinh, conquerer of the demon-king Hiranyakashipu.

The birthday of Lord Buddha, founder of Buddhism.

The day Pramukh Swami Maharaj, as a young 28-year-old, was appointed as the administrative president of BAPS by Brahmaswarup Shastriji Maharaj.

Annual festival in which murtis of the Lord are paraded in decorated chariots around the city. A mammoth festival is held in Jagannathpuri.

The first day of Chaturmas – the four holy months. During these months, extra devotional observances are undertaken.

The day on which devotees honor their guru. They pay their respects and offer their gratitude for the spiritual guidance the guru gives.

The day on which India became an independent, democratic nation.

The birthday of Bhagwan Krishna.

Sadhus and Samvedi Brahmins change their janoi (sacred thread) on this day.

The birthday of Lord Ganesh, son of Lord Shiv and Shri Parvatiji.

The midpoint of chaturmas. The Lord is taken for a boat ride.

The birthday of Mahant Swami Maharaj, the 6th and present spiritual successor of Bhagwan Swaminarayan.

Festival of the nine nights. A period in which special prayers are offered to Shri Parvati, also called Goddess Durga. It celebrates her victory over the demon, Mahishasur.

The birthday of Aksharbrahma Gunatitanand Swami

Cows, symbolizing Mother Nature, are worshipped on this day.

On this day, one’s wealth is worshipped and prayers are offered to God for the wisdom to use one’s wealth for noble and virtuous purposes only.

Diwali symbolizes the victory of Good over Evil. The goddess of wealth, Lakshmiji, is worshipped on this day to receive blessings for future prosperity.

Offering of different varieties of food to the deities. The first day of the Hindu New Year.

The day on which brothers are invited to dine at their sister’s house.

The last day of Chaturmas, after which all extra spiritual observances undertaken over the previous four months may be relaxed.

Signifies the return of God after spending Chaturmas with King Bali. Today is a day to resolve to free oneself of base instincts.

The birthday of Pramukh Swami Maharaj, the 5th spiritual successor of Bhagwan Swaminarayan.

Today I Provided PDF Book Of Diwali Rangoli. This Diwali Is Most Importance Of All Gujarati And Other Family Who is Believe In Diwali Festival. Read